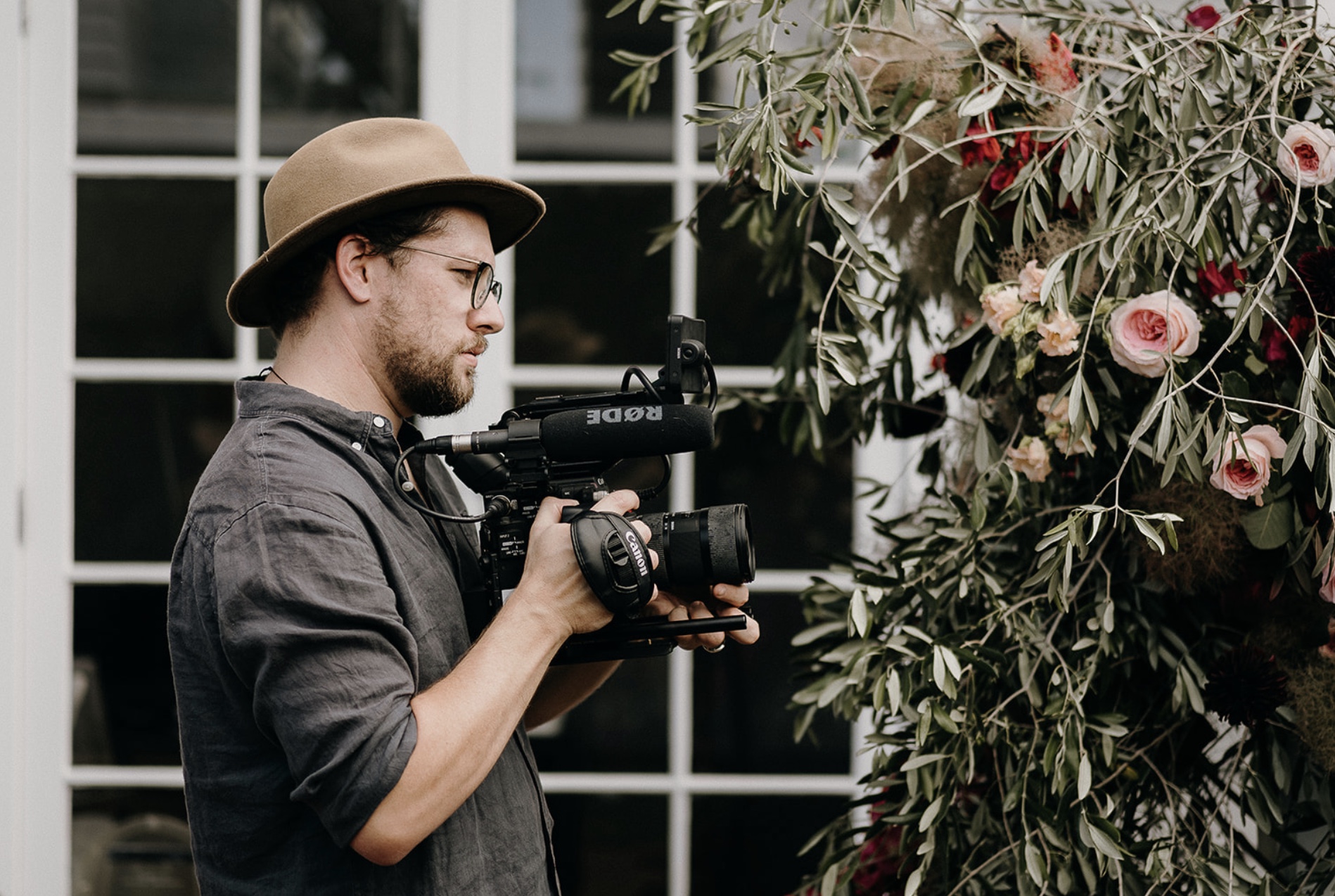 From hip hop videos in his parents’ garage to powerful videography for newly-married couples, Ben Journee from Side Project Films has seen and filmed it all. As one of Auckland’s most-loved videographers, Ben works with couples up and down the country to capture the emotion, excitement and energy of their day – creating a cinematic experience to be watched over and over (and over) again. With his creative vision, trademark style and love for timeless storytelling, Ben’s wedding videos are a little bit rock n roll, a big bit romantic and the best decision you and your partner will make.

My name is Ben Journee, I’m 30 years old, I’m from Auckland, I just became a Dad and I’ve been filming weddings for nearly 10 years now.

My journey with film began in my parent's garage, creating hip hop dance videos with my friends. Our dance crew name was Side Project and once we eventually stopped dancing together I kept the name and started to figure out how I could make a living making videos. I saw these amazing cinematic wedding films people were making with DSLR cameras and didn’t really see many people doing that in NZ at the time so I thought I’d give it a go.

For many couples wedding videography is a bit of a luxury item or last minute addition. Give us your videography elevator pitch!

Why should you book a videographer? We go through life taking photos of ourselves, having people take photos of us… We know what it feels like to have our life’s precious memories captured through the medium of photography, but when you see one of the happiest days of your life played back to you with music, storytelling, beautiful imagery, the sound of your Grandma’s laugh as she hugs you…it brings all the memories of that day back in a way that is so much more intense and lifelike.

So so often my couples say to me that they can’t believe they nearly didn’t book a videographer, they say that they thought of it as an added extra to their photos but after seeing it they realise it does so much more.

You obviously can’t hang your wedding film on your wall and look at it every single day (I still have three of my wedding photos hanging on the wall 7 years later!) but if you want something you can sit down to watch every anniversary with a glass of wine, that will truly remind you of what your wedding day felt like, then book a videographer.

How has wedding videography changed over the last 5 or so years?

I’d say there are two things that have happened in the last 5 years. The first is that cameras have been getting better and cheaper, so there has been a huge influx of new videographers jumping into wedding films. This has made great entry level videography for couples way more accessible which is awesome!

The second thing is that all the videographers like myself who have been doing this for a few years are starting to mature. I’m starting to really define my style as a videographer, rather than simply trying to copy what I see in other wedding films online and I’m seeing my peers start to develop more unique styles too. It means those couples who can invest more in their videography can have a really personal film that’s a true reflection of them as a couple.

How do you capture the day and what should couples expect when having a videographer present?

I like to strike a balance between being super friendly and being a fly on the wall when I need to be. I absolutely LOVE getting to know my couples and having a blast with them on the wedding day, but I’m always balancing that with the need to blend in and disappear so I can capture candid moments. For example I mostly just let the photographer do any directing they need to do during the photo session and I just get candid footage off to the side rather than taking extra time to do ‘video stuff’. My top priority is that the couple have the best wedding day ever, if that happens, then making a film of it is easy.

Tell us about the editing process?

A big part of my process in making my films is getting to know the couples before the wedding day. My goal is always to make a film that feels like it was made perfectly for that couple. Once I have a really good understanding of who they are and what they like, I make the best film I can for them. I choose the music, decide the flow, energy, what parts of the day to focus on etc and present that to the couple. From there I ask for their feedback and we tweak and change things as we need to (which often isn't much).

A big part of the product I’m offering couples is my taste level and experience when it comes to making films, the same is true for most vendors really. If you love your vendor's work, and they are putting in the mahi to get to know you and what you will like, then trust them to create something awesome for you, it will be 1000% better than anything you could have preconceived.

Reflections on weddings after attending and observing so many?!

After attending so many weddings over the years my advice to couples is simple. Have fun, be authentic, focus on what's important, let go of what isn't, write your own vows and don't forget to have fun.

It's clear that you love what you do and that really comes across in your films.

‍
The more wedding films I make, the more I want to celebrate the fun in them; the silliness, the laughs, the things that don't go to plan. When it's raining for an outdoor ceremony and the couple decide to stand in the rain and get married anyway. Or when the table under the cake gives way as it's being cut. It's those moments when my couples choose to smile through and see the bigger picture, that's why I'm still making wedding films.

To see more of Ben's work head to his website or check out his Curator vendor listing.

Looking for unique vendors to make your wedding shine? Check out our Curator vendors page for some of the best in New Zealand as well as those you never knew you wanted!

GET STARTED FOR FREE 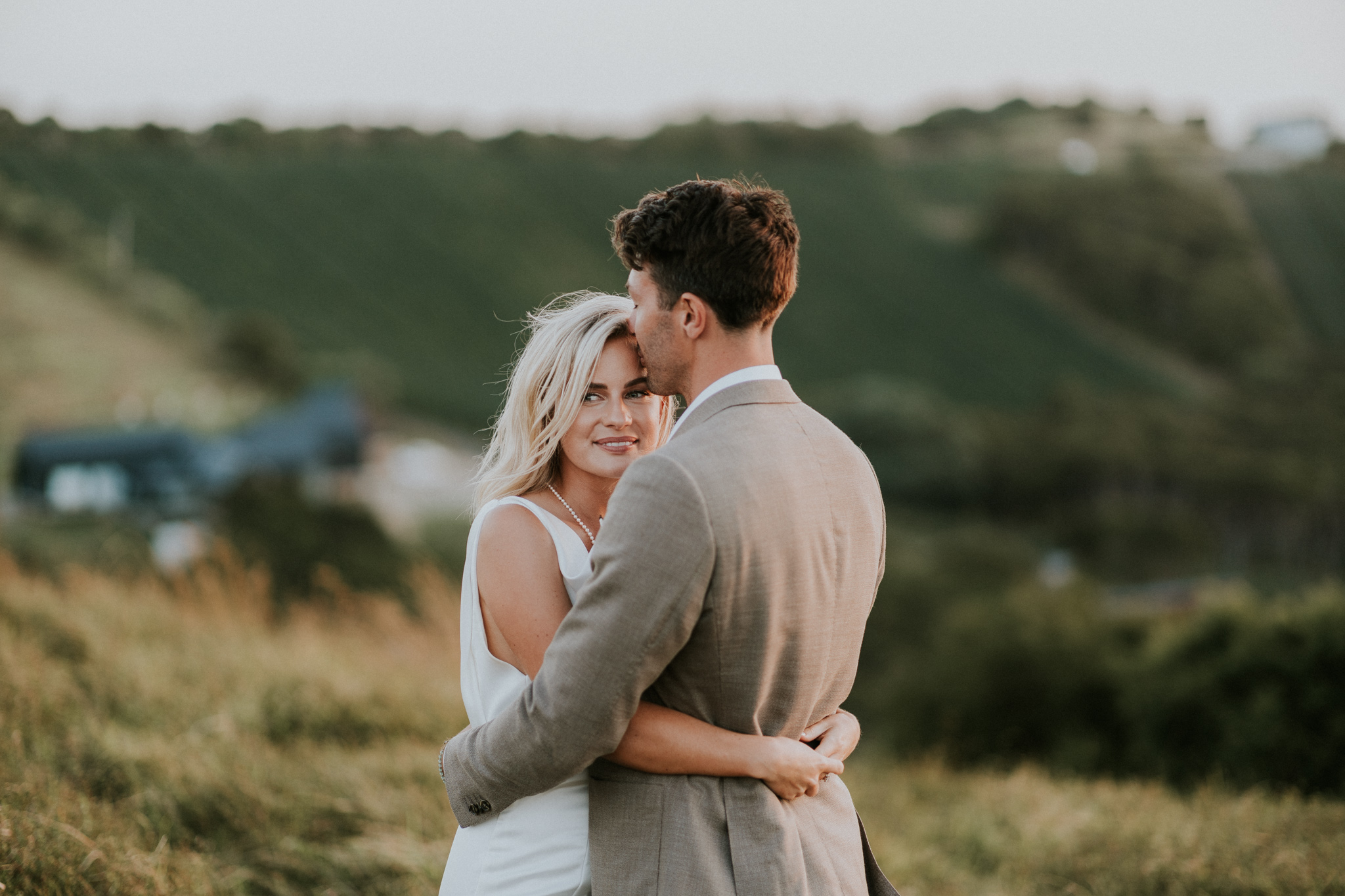 Building profound connections with couples from day one - Moon & Back Co. 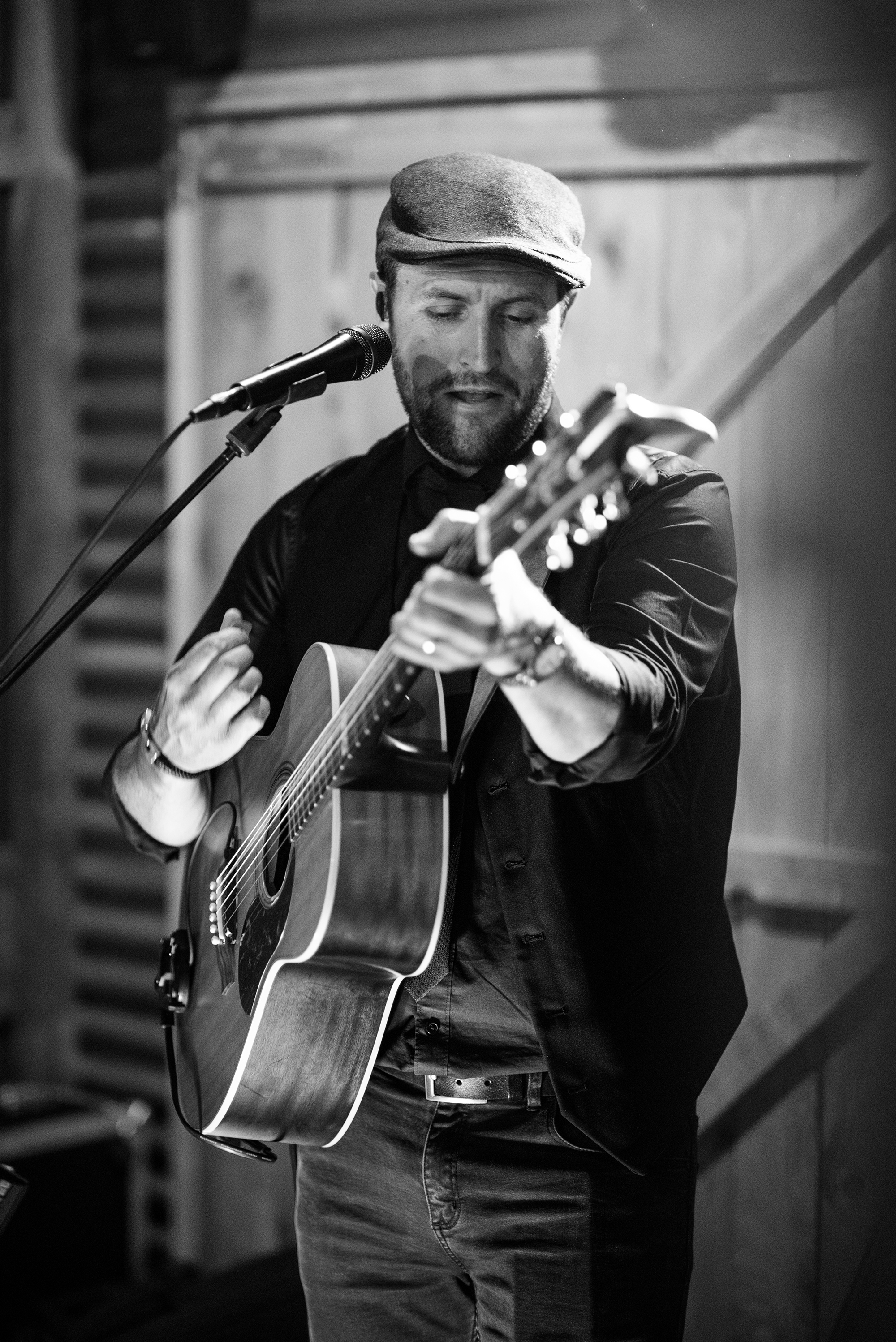 5 Things to Consider When Booking Your Wedding Music - Lee Gray 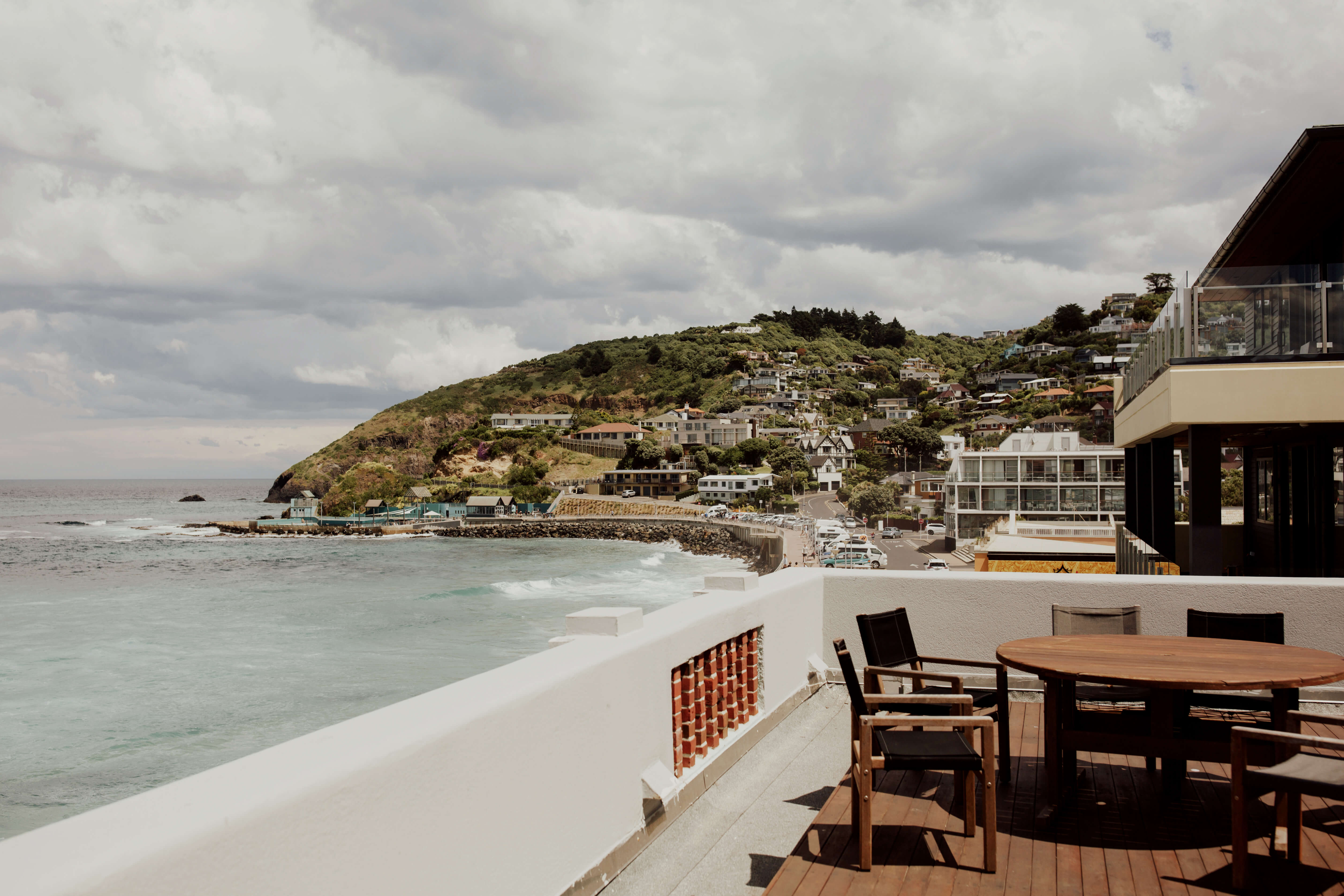 We chatted with a few of our favourite vendors about hidden gems, handy hints and favourite Dunedin wedding moments. 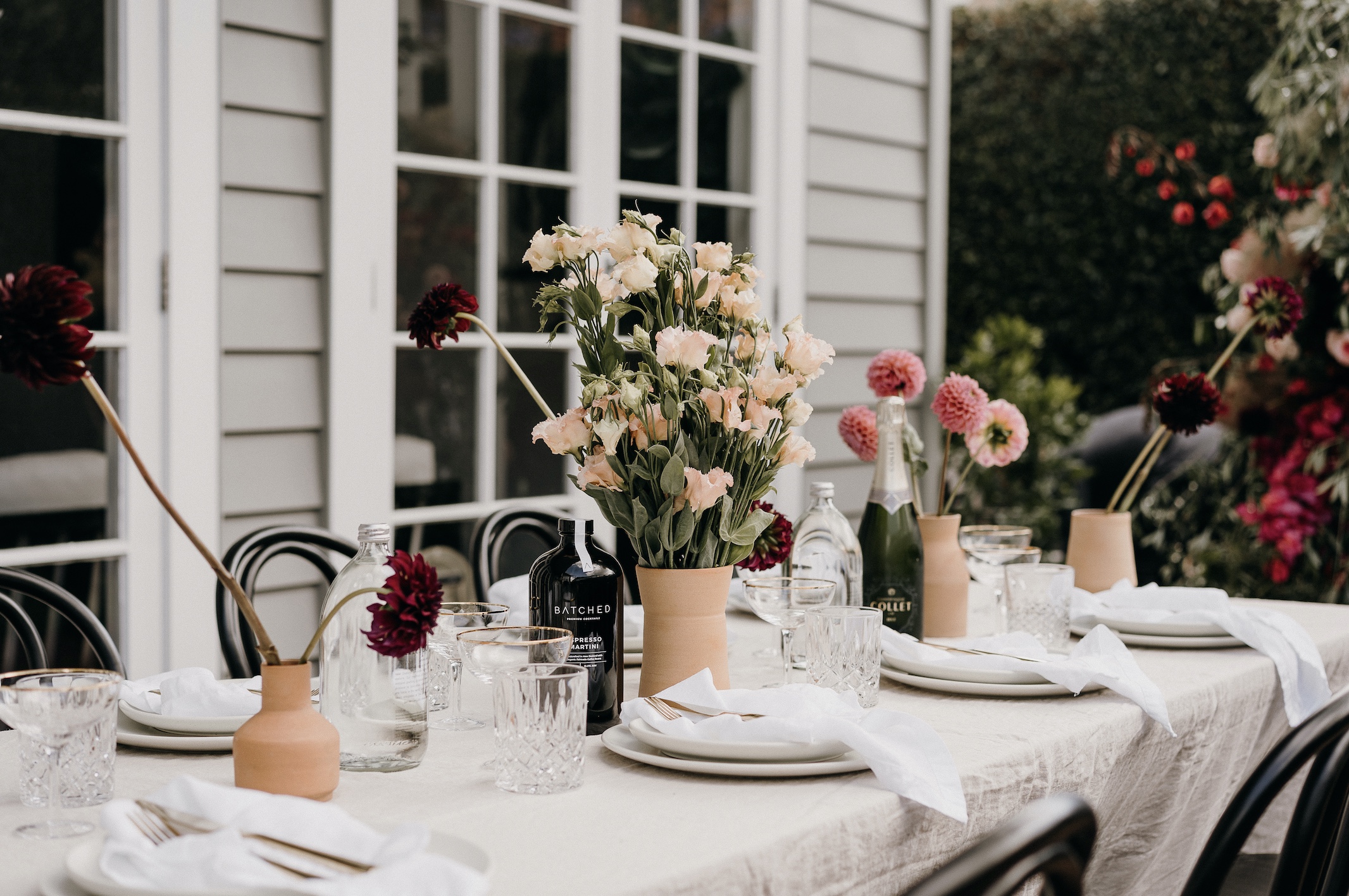 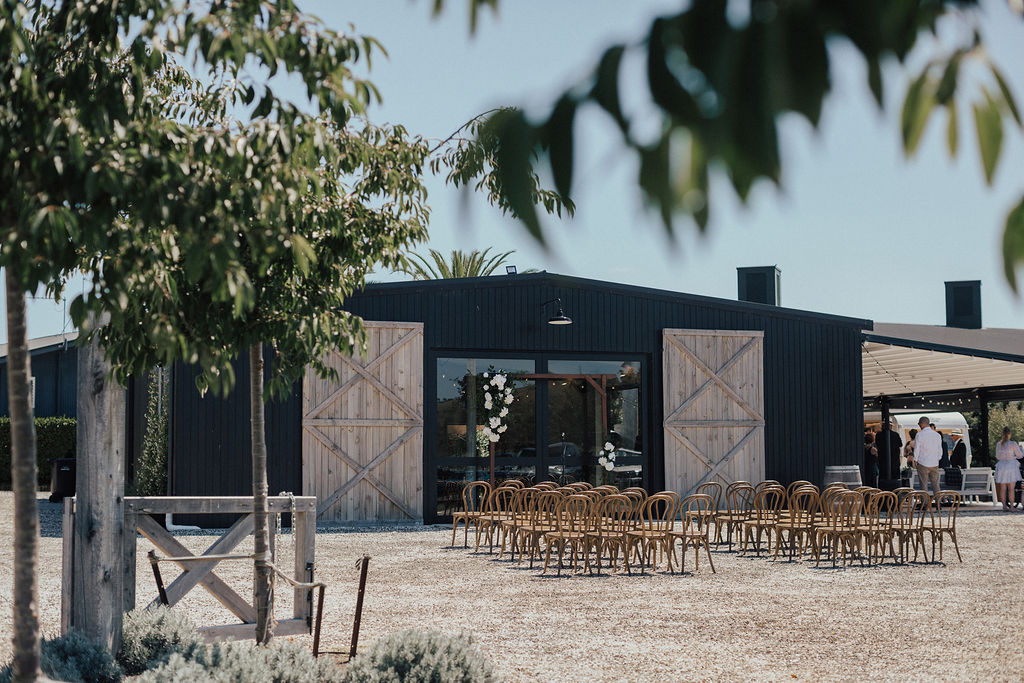 Brides of The Hunting Lodge

Three Hunting Lodge brides tell us why this is one of New Zealand's most sought after wedding venues. 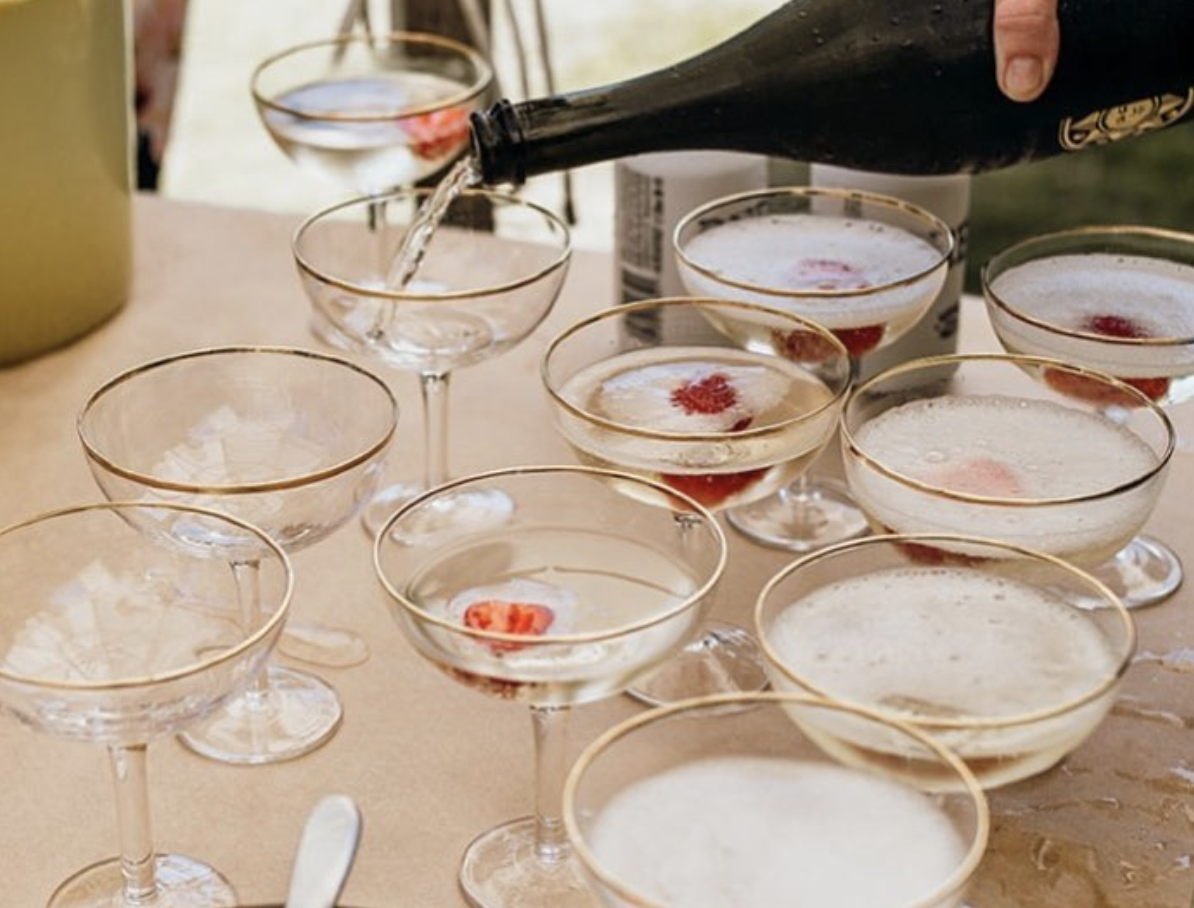 There is nothing we love more than a warm, happy, beautifully decorated table. Luckily, we have a vendor who feels the same!

A little bit rock n roll, a big bit romantic and one of the best decisions you and your partner will make. 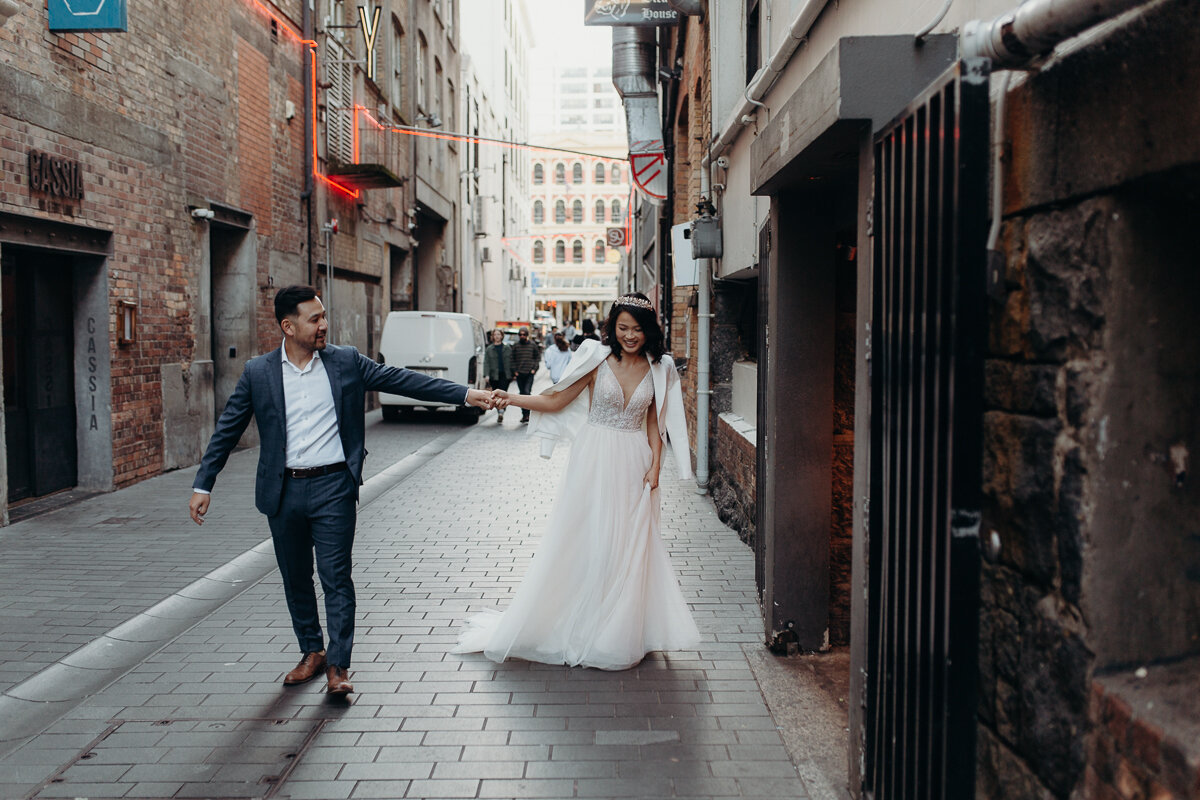 These two are not only incredibly talented, they're also kind generous and passionate about what they do and why they do it. 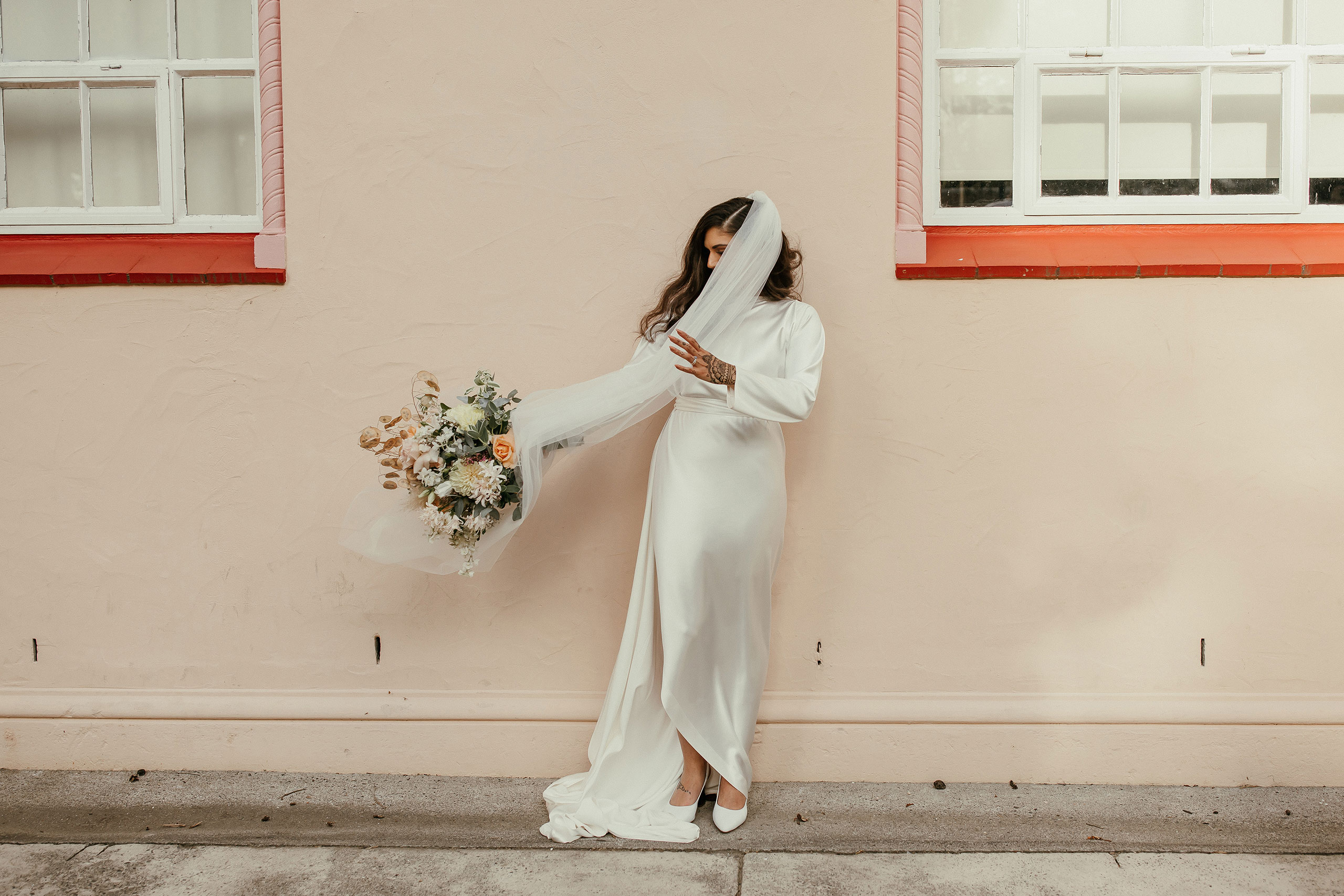 Introducing our latest photographer to grace The Curator covers... 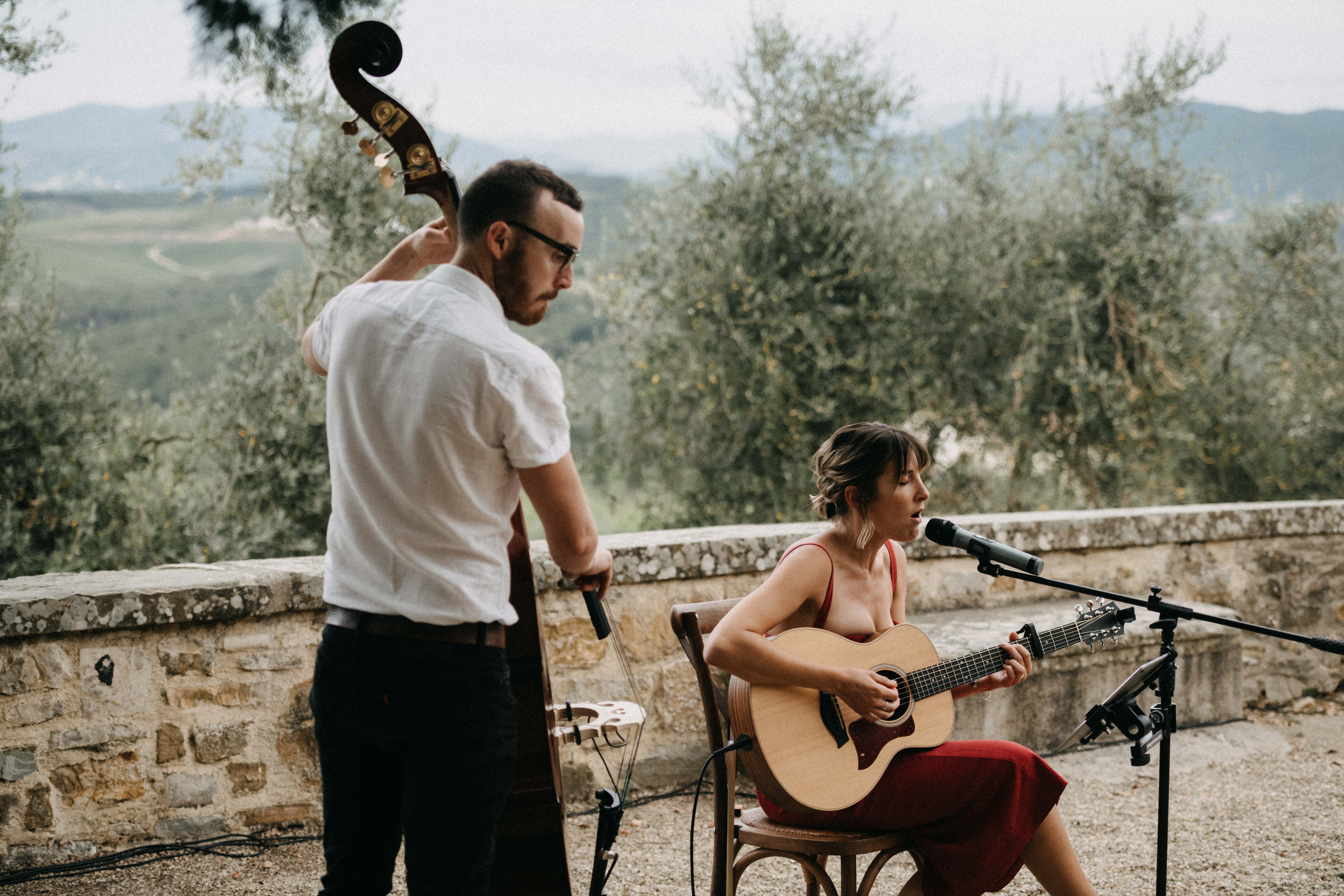 We guarantee you'll fall head over heels for Tobi Tobi. 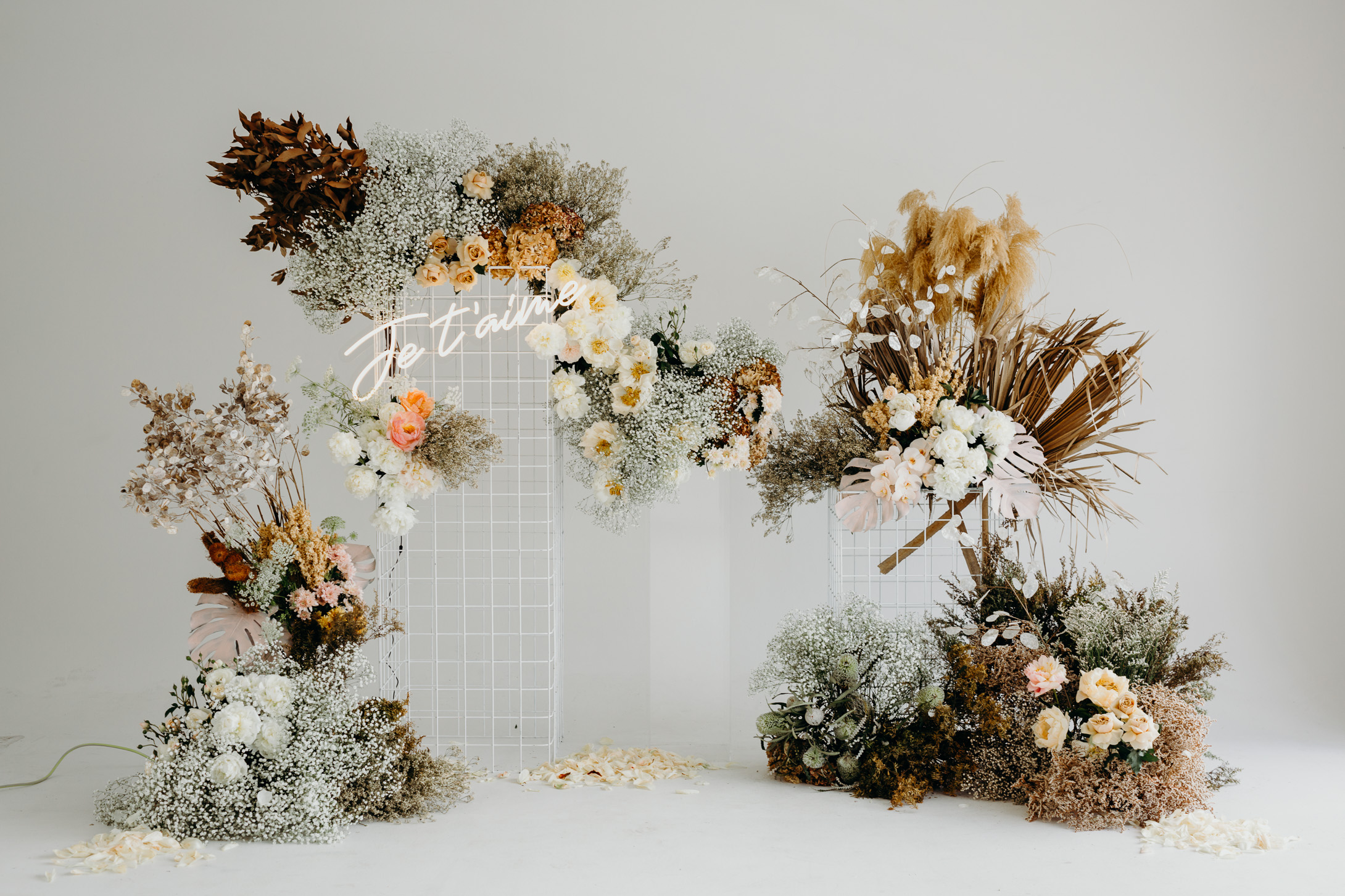 Our Vendor Spotlight Series will not only inspire you to soldier on with your planning to-do list, it’ll also introduce you to some exceptionally creative people along the way. Introducing Floral Stylist Co.